Can your Genes Make You Happy?

Are you the kind of person who is always smiling, or laughs out loud at jokes? Turns out, it could depend on your genes. How happy you are depends on a lot. Your personality, your circumstances, and even your culture can all impact your happiness. And some people are happier than others.

Why is it that when some people hear a silly pun or a good joke they just crack a small smile, while others bust out into a big belly laugh? Research published in the Emotion Journal of the American Psychological Association found that there’s a link between your genes and how emotionally reactive you are. The researchers looked at short and long alleles of the gene 5-HTTLPR, which might be responsible for some of the activity of the neurotransmitter serotonin.

So negative experiences hurt more, but they also thrive in positive environments. Other studies, like one published in the journal Psychological Science, also found evidence of a genetic predisposition to happiness.

In this study, researchers looked at more than 900 pairs of twins. Twins are often used in studies that look for genetic links. The researchers found that those who “do not excessively worry, and who are sociable and conscientious tend to be happier.” And that these traits might be genetic to some degree. This personality can even act as a buffer during more difficult periods of that person’s life.

The “worrier” gene is the gene that codes for the COMT (catechol-O-methyl transferase) enzyme. This enzyme breaks down epinephrine, norepinephrine, and dopamine in the brain.

There are two variants of this gene. One variant (the “A” allele) is referred to as the “worrier” gene; it breaks down catecholamines more slowly. The second variant is referred to as the “warrior” gene; it breaks down these neurotransmitters more quickly. Those with the slow breakdown Worrier variant tend to do well in school and work, but they worry. Under low-stress situations, this variant may provide an advantage. The higher levels of catecholamines allows for better focus and memory. Individuals with this variant often score higher on IQ tests. However, when put under pressure, they do not break down these stress hormones as quickly and they can become overwhelmed. Long-term stressors have a bigger impact on the mental and physical health of these individuals.

The Warrior variant codes for a quicker breakdown of catecholamines. Warriors tend to do better when under pressure. Stress increases their catecholamine levels, which improves their focus, but they can quickly break these down and return to a state of low activation. They get the benefit of the stress without the catecholamines lingering to create longer-term stress. Warriors are able to let go of stressful events faster.

But if you’re worried you don’t have the right inherited traits, the researchers stress that only 50% of your happiness is dependent on your genes. The rest depends on epigenetics.

Your relationships, environment, health, and careers easily make up for the other half. On the other hand, being happy can impact your genes! One study published in the journal Proceedings of the National Academy of Sciences found that different types of happiness can change your gene expression. Even though they had similar rates of happiness, people’s gene expression looked different based on what kind of happiness that was.

So don’t worry, be happy! Your genes will thank you. 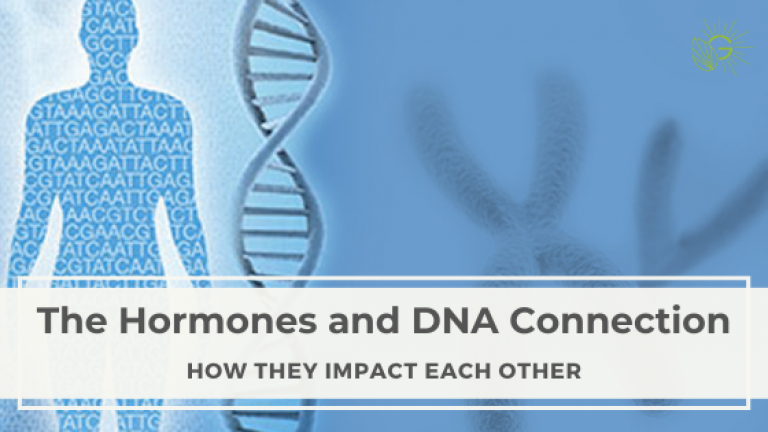 Hormones and DNA How They Impact Each Other